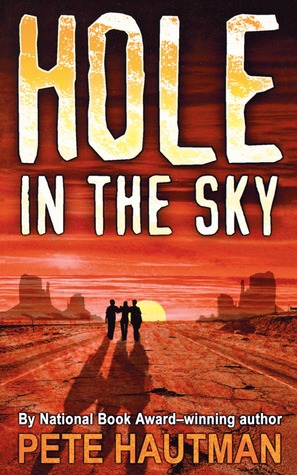 William Kittredge is perhaps the dominant voice among writers of the New West. He almost singlehandedly resurrected the fiction and poetry of the region, wrestling our attention to it through essays and stories and the momentous anthology, THE LAST BEST PLACE: A MONTANA ANTHOLOGY. Running through all of his efforts has been a struggle to reconcile his personal past with his personal present, and to track the strange path taken by his life.

HOLE IN THE SKY marks a significant step toward locating that peculiar Self which goes by the name of William Kittredge, for in this memoir Kittredge uncovers and scratches many old wounds. The pain which resides in his family history is close to the surface of this book; the tense relation Kittredge suffered through with his own father, and the weight of being a “Kittredge male” in the Great Basin, comes close to rending the reader’s heart. So, too, do Kittredge’s portraits of his parents’ marriage, of his own failed marriage, and of his ailing haphazardly remembering mother. There is something powerfully difficult, suggests Kittredge, about growing up in a West that clings stubbornly to outworn myths.

Equally difficult is the task of defining the way one should be in the geography of the New West. Kittredge’s memoir says as much that is wise about the mythic West as about the still-emerging West of today. Indeed, the dynamic between the two entities is what operates, on a smaller scale, within the Kittredge family itself. The recollection of what used to be — itself often distorted and obscure — confuses the vision of what is. The microcosm of the family reflects the same divisive issues that tear at the fabric of the larger region.

Ultimately, Kittredge’s ruminations on the Self and the West come round to the matter of ownership. “Who Owns the West?” is a question which echoes throughout this book and throughout all of Kittredge’s writing. The answer is unambiguous: nobody. The West exists and persists despite repeated attempts to possess it and to know it, to exploit it, to extract from it, and to grow fat upon it. This answer, unfortunately, is one which many refuse to accept. Therein lies the tragedy of the West and the tragedy of Kittredge’s vision.

Get the mobile app